Ford E-Transit and the Drive to 25 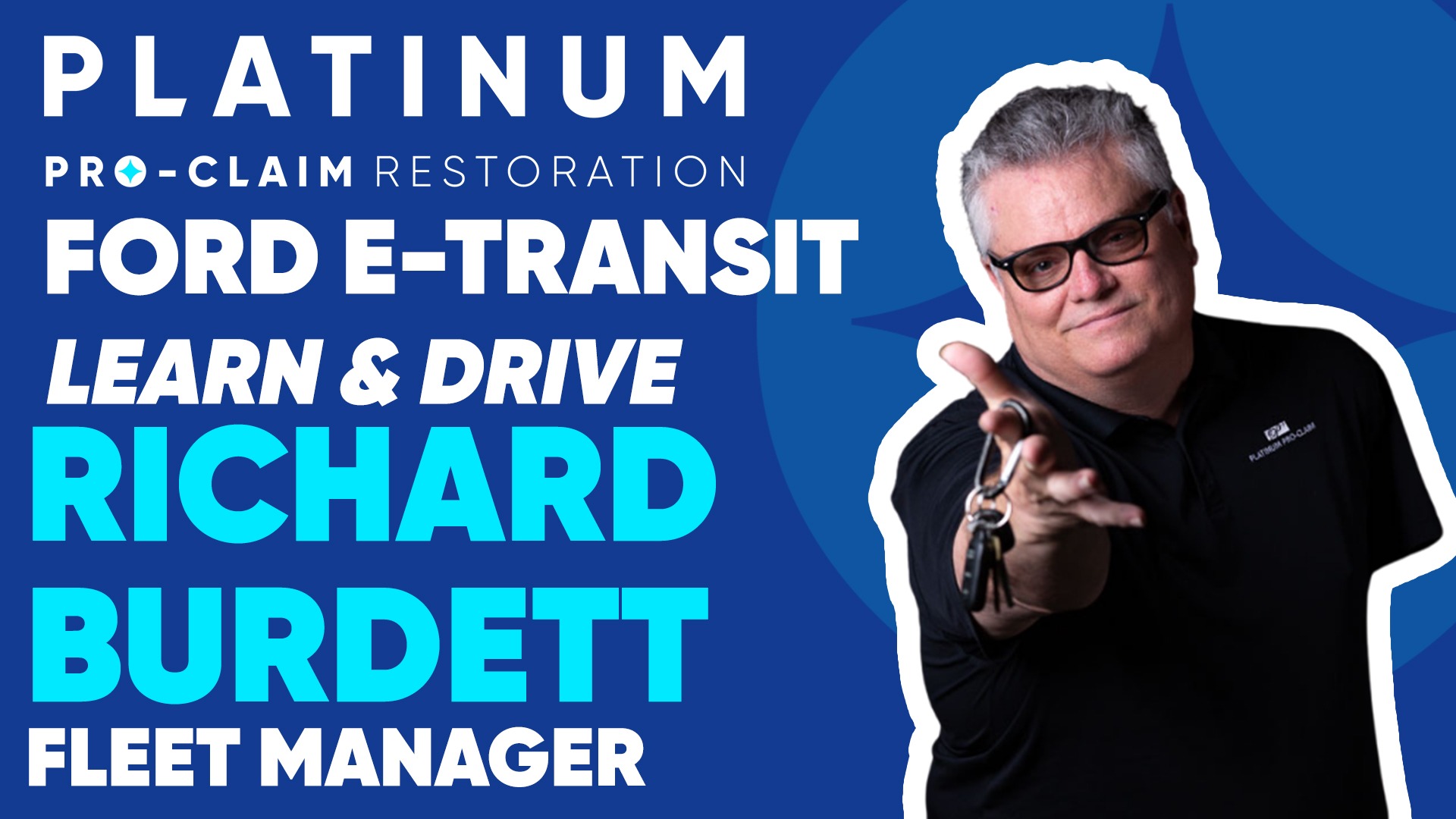 In 2016 Platinum Pro-Claim Restoration (PPCR) made a monumental decision to embrace the electrification of our vehicle fleet. They set an ambitious ratio of 25% of our vehicles to be Electric Vehicles (EV), which, at the time, was not a popular choice in our industry. In fact, the decision was viewed as risky. At that time EV’s were not widely accepted as a viable option in the world of Restoration and Construction.

Our management team made the difficult decision to forge on to the “Drive to 25” mantra, which lives on today. When the management group brought me into the Fleet department at the end of 2017, they made it clear that all my decisions going forward should be focused on getting our fleet 🍃 “Green”🍃.

This was when my green journey began.

I read as many articles as possible on the EV industry that I could find and realized quickly how far behind Canada was in the acceptance of EV fleets. I found that China and Europe were far beyond North America in developing these commercial fleets.

I contacted Transport Canada 🇨🇦 to see if I could import EV cargo vans from Europe or China and found that it was not allowed as they had not been certified for operation in Canada. I remember being frustrated that in Germany, I could drive a Mercedes E-Sprinter on the Autobahn, but I couldn’t drive one in Canada. The three major North American car producers were still years away from delivering a commercial cargo EV solution.

I reached out to all three major North American car companies 🚗, and that’s when I became aware that the long-term EV projects were still years from reality. I talked to MANY leasing companies, letting all know that we wanted to be the first purchaser of electric commercial cargo vans in Canada, and we were set to sign on the dotted line; the hooks were set!

This was when we heard that GM was developing the Bright-Drop cargo van and set up a meeting with the GM Director responsible for the Bright-Drop EV600 in North America. I expressed our company’s ambition to be the first private company to have an EV cargo van. Unfortunately, they said that a parcel delivery company had spoken for the first 500 units. I asked them immediately, “Then Platinum Pro-Claim wants the five hundred and first Bright Drop in Canada. We have earned the right to be 501.” The Director chuckled but, said “he would do his best, but no commitment. To this day, when I talk to GM, they call me Mr. 501.

Out of nowhere, Ford announced the arrival of the E-Transit 🚐 🔋, and they had a prototype that was operating in the USA. I immediately started talking to USA dealerships to see if we could purchase one and import it into Canada, but again, we were told that it would not be possible due to certifications.

A long story, only to highlight the importance of this event created by Ford Canada. I had finally come face to face with the proverbial unicorn! 🦄 The EV Cargo Van in Canada. It was an important day in Platinum Pro-Claim Restoration’s journey to achieving our goal of electrifying our fleet and taking a monumental step in our environmental stewardship. The van was well designed and felt as if a lot of care went into the design and safety. Now, if we can just improve that 200-kilometre range!

The opportunity to drive the E-Transit assured me that Canada has grown our acceptance of the vision of reducing greenhouse gasses affecting all of us. Four years of waiting had come to an end, but in fact, it’s just the beginning of a new chapter in the drive to 25 for our Company.

From A-Z, we do it all. If you have any questions along the way, our extensive list will help you!

Need help? Regardless of your situation, we will help you get sorted as soon as we possibly can.